Music / A Quick One 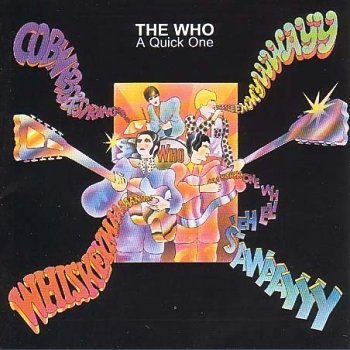 A Quick One.
Advertisement:

A Quick One is the second studio album by The Who, released in 1966. This album marks a major Growing the Beard moment for Pete Townshend as a songwriter - and the band in general. Though this is the album least dominated by Townshend's song-writing, it does contain the mini rock opera "A Quick One, While He's Away", which foreshadows their later work such as Tommy and Quadrophenia.

In the US, the album was released as Happy Jack in May 1967, with the same cover (but with title A Quick One obviously replaced by Happy Jack) and an altered track-listing. Fan favourites include "Boris the Spider", "Whiskey Man", "So Sad About Us" and "A Quick One, While He's Away".

Tracklist (A Quick One):