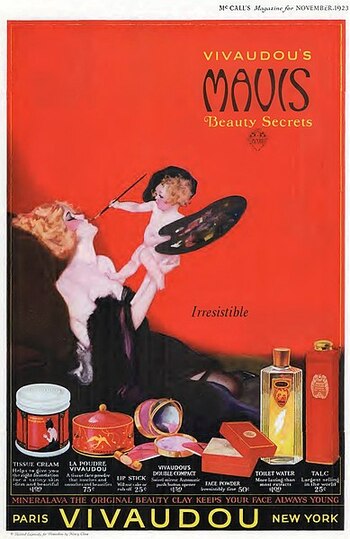 Tropes about cosmetics, such as lipstick, mascara, blush, face powder, and perfume.