Bibles from the Dead 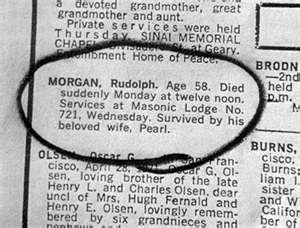 This is how it starts...

This is a Short Con that is executed by the Hustler looking up recent obituaries and contacting the bereaved to complete a purchase allegedly begun by the dearly departed. The dead person put down a deposit (it says here), which is offered as a refund, to have something personalized for the bereaved. All the bereaved has to do is come up with the remaining 80 percent of the purchase price... which is many times the usual purchase price of the item.