Literature / The Manual of Detection 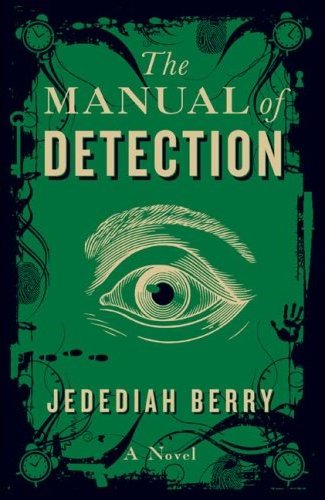 If you are not setting a trap, then you are probably walking into one. It is the mark of a master to do both at once.
— Chapter Fifteen: On Skullduggery, The Manual of Detection

Charles Unwin, lifetime resident of a perpetually rainy city, where he bicycles to work every morning with his umbrella open, has just been promoted. This is not a good thing. Charles is a clerk at the Agency — a vast mystery solving organization divided into underclerks, clerks, detectives, and watchers — and nobody has been promoted from clerk to detective before. Ever.

But Charles has, mainly because the detective he was a clerk for, Travis T. Sivart, has gone missing. So Charles wants his first and last case to be finding Sivart and getting his old job back. This looks to be harder than it appears, as soon dead bodies, sleepwalkers, and stolen alarm clocks apppear, as well as Sivart's old femme fatale Cleopatra Greenwood and old nemesis Enoch Hoffman.

But things may be even more sinister than that. Charles is equipped with only the Agency-issued The Manual of Detection, a helpful book, but is it missing a chapter? And Sivart's biggest cases — The Oldest Murdered Man, The Three Deaths of Colonel Baker, The Man Who Stole November Twelfth — may have been solved incorrectly. And who is the mysterious overseer of the Agency?

A true Mind Screw of a novel by Jedediah Berry, with comparisons to Franz Kafka and Jorge Luis Borges, as well as Film Noir.