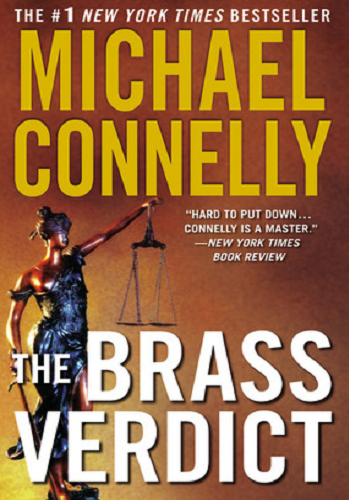 The Brass Verdict is a 2008 novel by Michael Connelly, featuring as protagonist the ethically dubious lawyer Mickey Haller.

It has been two years since the traumatic Louis Roulet case that was related in The Lincoln Lawyer. Mickey Haller's recovery from a gunshot wound segued into an addiction to opiate painkillers and he hasn't seen a courtroom in nearly a year. He has managed to put his life back together, though, and is suddenly yanked back into the world of criminal law when he receives surprising news. It seems an old acquaintance of Haller's, Jerry Vincent, has been murdered. More importantly for Haller, he has been charged with the responsibility of taking Vincent's caseload.

By far the biggest trial on Vincent's docket is the murder trial of Walter Elliot, a Hollywood movie producer and the head of Archway Pictures. Elliot is due to stand trial in nine days for the murder of his wife and her lover. Haller accepts the challenge but is shocked when Elliot insists on having the trial go forward as scheduled rather than accept a delay so Haller can prepare. Haller's job is further complicated by the investigation into the Vincent murder, which is being conducted by none other than Michael Connelly's most frequent protagonist, LAPD homicide detective Harry Bosch.