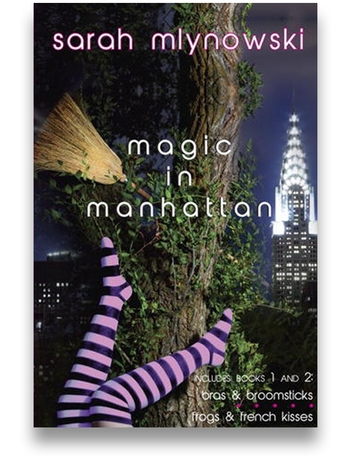 Bras and Broomsticks is a teenage novel by Sarah Mlynowski, revolving around the life of Rachel Weinstein and her younger sister Miri who is a witch.The sequel, Frogs and French Kisses, is about a love spell Miri accidentally put on Rachel's crush's brother, Rachel becomes a witch at the end., and the third book, Spells and Sleeping Bags, is about Rachel at summer camp dealing with a malelovent witch who turns out to be her cousin. The fourth book, Parties and Potions, is about Rachel discovering the secret world of witches.