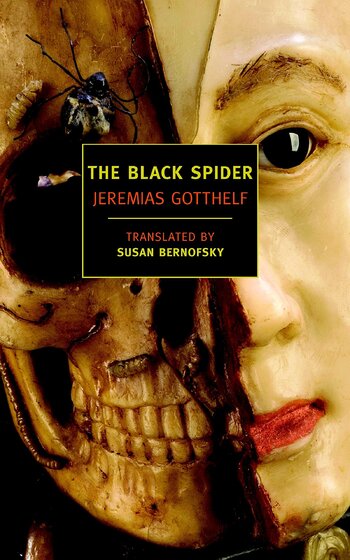 Six hundred years ago, the valley was ruled by a ruthless baron called Hans von Stoffeln, who worked the villagers nearly to death. When one of his ludicrous demands entailed the peasants' probably death by starvation, the village was visited by a wild huntsman, who offered his help... in exchange for a yet unborn unchristened child.

The villagers quickly realized who they were dealing with and rejected his offer, but the devil tried to force the issue by sabotaging their work. Eventually, a farmer's wife called Christine convinced everybody to take the deal, arguing they could wiggle their way out of it by baptizing every newborn right away. The Devil sealed their deal by giving Christine a kiss on her cheek, and the replanting of trees was finished quickly and easily.

Things began going wrong, though, when the villagers tried to renege on their agreement. The first time they baptized a baby before the Devil could claim it, a spider-shape mark appeared on Christine's face; the second time, a swarm of black spiders sprouted from the mark, and started killing the villagers' cattle. the third and final time, the Devil was driven away, but Christine transformed into a black spider, and started terrorizing the region, killing both men and animals. Her rampage was stopped when one of her victims' mother managed to trap the black spider in a window post, at the cost of her own life.

Several generations later, though, people had stopped believing in the tale and become decadent, and a bragging servant pulled out the peg on a drunken bet, releasing the devil spider again.

The Black Spider was obscure for many years, but it is now considered one of the masterworks of the German Biedermeier era (1815-1848), and it has been enthusiastically praised by writers like Thomas Mann, who admired the novella "like no other piece of world literature."