Would you be the savior of the broken, the beaten, and the damned?
"Vaya con dios, bitch."
— Jordan Amador
Advertisement:

is a 2013 urban fantasy/paranormal novel by Kyoko M.

Two years ago, Jordan accidentally shot and killed a Seer: a person who can see, hear, and talk to ghosts with unfinished business. Her crime came with a hefty price, too. She has two years to help a hundred souls cross over to the afterlife or her soul is bound for hell. Tough break.

As if that weren’t bad enough, two days before her deadline a handsome pain-in-the-ass poltergeist named Michael strolls into her life. His soul is the key to her salvation, but the cost just might be more than she can handle. Solving his death puts her right in the crosshairs of Belial: a vain, bloodthirsty archdemon who won’t rest until she’s his slave. Can she rescue Michael and save her own soul, or will they both be dragged down into the clutches of the eternal black parade?

Not to be confused with the My Chemical Romance album, although that is where the novel draws its inspiration and title. The novel also roughly bases its mythology after John Milton's Paradise Lost, which is why it is separated into three "books"—Book One, The Black Parade; Book Two, In Medias Res; Book Three, The Beautiful Descent.

. It takes place In Medias Res of The Black Parade in the two month period between Chapters 15 and 16, where Jordan and Michael are getting accustomed to each other as he protects her from various demons and settles in to his new human life. The included tropes are below. There is also a novella called Back to Black

that takes place between She Who Fights Monsters and The Holy Dark, telling the tale of how Jordan met the Seer Myra Bennett.

The second novel is entitled She Who Fights Monsters

The third novel is entitled The Holy Dark

(after a lyric from Leonard Cole's "Hallelujah") and was released April 24, 2015. There are a couple of excerpts from the first two chapters available to preview.

Its tropes are below as well.

There are interviews with the author here

open/close all folders
The Black Parade
The Deadly Seven 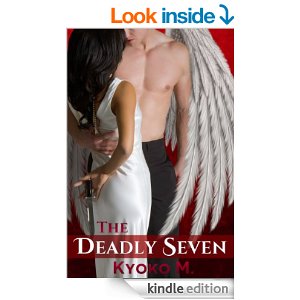 Being bad never felt so good.

"You think I'm so naive that I believe I can always be there to stop scum like you? Of course not. Do you really want to know why I'm doing this, you sorry sack of crotch droppings? Because I'm immortal. I have all the time in the world. [Jordan] doesn't. It doesn't matter if she's going to die someday. As long as I'm around, she will live her life the way she could have if she hadn't been born a Seer. I don't care how many of you come for her. I'll kill you all if I have to.
-Michael the archangel

"The Deadly Seven" is a short story collection that details the seven deadly sins as Michael the archangel encounters them living alongside Jordan while he masquerades as a human being. It's also told entirely from his perspective, save a bonus chapter and preview to She Who Fights Monsters.

She Who Fights Monsters 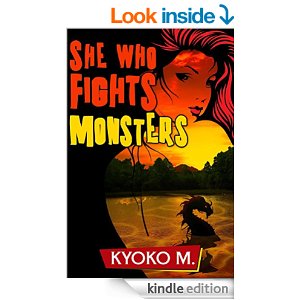 "He who fights monsters should see to it that he himself does not become a monster. And if you gaze for long into an abyss, the abyss gazes also into you."

Belial: [...] I realized that scars are what have brought us together. We never heal them; they just stay with us until our bodies turn to dust. I thought mine ran more deeply than yours, but I was wrong. Your problem is not simply repression. You do not love yourself and so you pour your heart and soul into others because you believe they are more worthy. That is why you are so afraid of giving yourself completely to me or Michael. You think we won’t like what we find.
Jordan: Belial—
Belial: You will never reach your full potential until you make peace with who you are, Jordan. Good and evil. Black and white. Sin and savior. You are both. Accept it.
Jordan: (her head bowed) I can't.
Belial: You can and you will. Someday.

The dynamic supernatural duo is in the middle of trying to solve a deadly case. Someone is methodically hunting down and murdering Seers one by one. After six months with no leads on the killer, Jordan and Michael are forced to work with their worst enemy—the archdemon Belial: a self-professed Prince of Hell who is dead set on stealing Jordan for himself. However, with the archdemon’s help, they pick up on the trail of the serial killer and plan to stop him no matter what the cost.

When the shocking truth behind the murderer’s identity is revealed, Jordan begins asking herself if she is still fighting for the good guys or has she become one of the monsters she is desperately trying to stop? 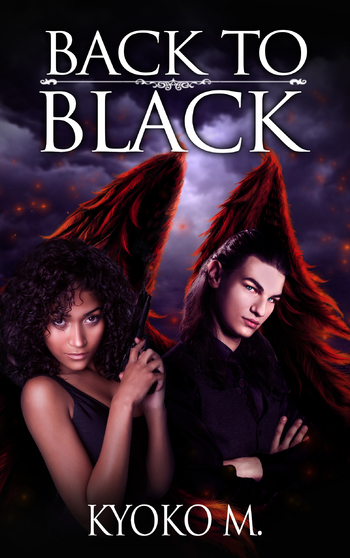 Jordan's back in action and badder than ever.

Jordan: I'm just...drifting.
Myra: Maybe you are. But that's not what makes you who you are. Maybe you look at yourself and just see the scars, but it isn't a reflection of you as a whole. Sometimes the only way to do the right thing is to just keep saying no to that tempting offer.

Seer and demon slayer Jordan Amador has had it rough lately: separated from her husband the archangel Michael, hated by the angels who think she betrayed them, hunted by demons who want her dead or enslaved, and rejected by her friends and family for lying to them. Disgraced and miserable, she's all but ready to lay down and die until another Seer named Myra Bennett saves her life. Myra gives Jordan a new mission: to wipe out a nest of demons that are terrorizing her family as well as the innocent people of Houston, Texas. Jordan goes undercover to infiltrate the demons' nest and figure out how to eliminate them. Meanwhile, she's locked in a deadly game with the archdemon Belial, who constantly visits her night after night in her dreams to convince her to give him her soul. Between the insanely gorgeous, but dangerous archdemon poking around in her head and the vicious creatures surrounding her, she's not sure how much longer she can survive. 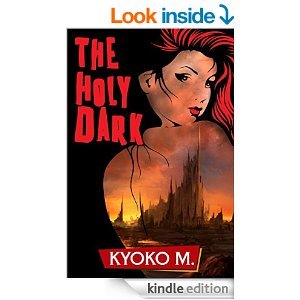 Are you ready for Hell on Earth?

“Listen and listen good, shitbrain. If you ever touch someone I love again, I will shove this cross down your throat and watch you choke on it. You want to know why a Prince of Hell wanted me so bad? Now you do. I’m not a nice girl. I’m a Seer. It is my job to save the people of the world from vultures like you. Now you take that back to whoever your boss is and let him come find me, if he’s stupid enough. I’ll bury you all if I have to.”
-Jordan Amador

Sarcastic demon-slayer extraordinaire Jordan Amador has been locked in a year-long struggle to hunt down the thirty silver coins paid to Judas Iscariot. The mere touch of these coins is enough to kill any angel.

Jordan's demonic opposition grows more desperate with each coin found, so they call on the ultimate reinforcement: Moloch, the Archdemon of War. Moloch puts out a contract on Jordan as well as her estranged husband, the Archangel Michael. Now Jordan and Michael will have to find a way to work together to survive against impossible odds and stop Moloch's plan, or else he’ll wage a war that will wipe out the human race.