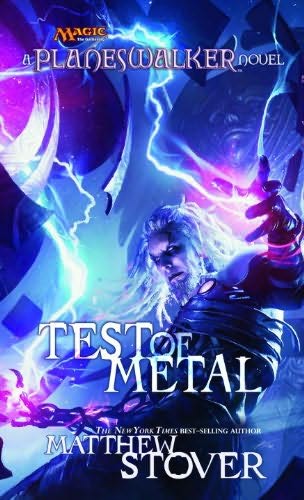 Test of Metal, by Matt Stover, is the third in the series of Magic: The Gathering's Planeswalker novels (after Agents of Artifice and The Purifying Fire).

A direct sequel to Agents of Artifice, it follows the artificer planeswalker Tezzeret

in his quest to discover the true nature of the mysterious magical metal, etherium. The rest of Agents of Artifice's cast of planeswalkers, including Nicol Bolas

, and the pyromancer Baltrice, make return appearances as well.

For trivia fans, this book is notable as the first Magic novel to be narrated (primarily) in the first person.

Test of Metal provides examples of the following tropes: