Literature / Rebel of the Sands 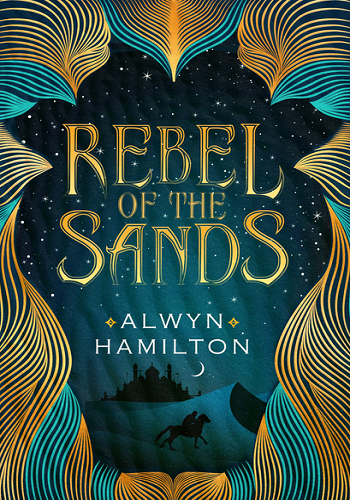 Rebel of the Sands is the first book in a trilogy by Alwyn Hamilton. Set in the desert land of Miraji, where humans live in awe and fear of magical creatures that lurk in the barrens around them, a determined young orphan named Amani finds herself caught up in a revolution.
Advertisement:

Unrelated to a 2013 Real-Time Strategy game Battle Of The Sands.

Rebel of the Sands contains examples of: