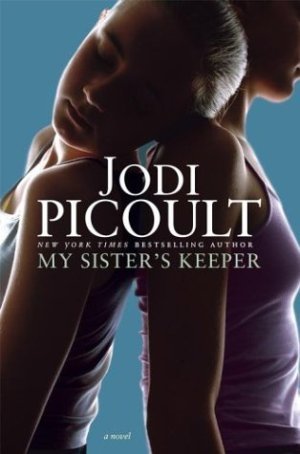 My Sister's Keeper is a 2003 novel by Jodi Picoult. Anna Fitzgerald has gone through countless surgeries, transfusions and shots by the age of thirteen. Is she sick? No. She's forced by her parents to do it for her older sister Kate, who has suffered from severe leukemia since the age of three. Anna was born to be a perfect match for Kate. Kate now needs a kidney and Anna decides she's had enough. So she sues her parents for medical emancipation. This book has a high Tear Jerker warning, and is the 7th most challenged book in schools and libraries for 2009

Made into a movie starring Abigail Breslin as Anna and Sofia Vassilieva as Kate in June 2009.