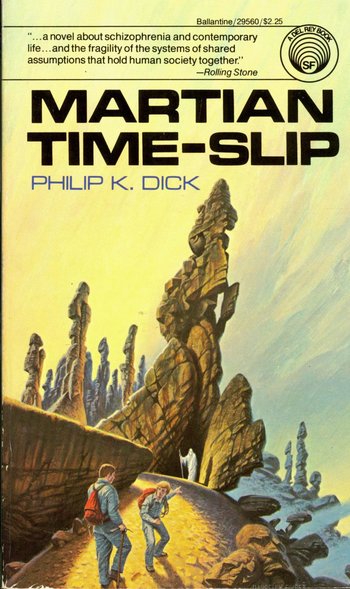 Martian Time-Slip is a 1964 science fiction novel by Philip K. Dick, originally serialized in 1963 as All We Marsmen.
Advertisement:

In 1994, Martian union leader Arnie Kott hears of a new theory that mentally ill people are out of sync with time. He recruits a ten-year-old autistic boy, Manfred Steiner, to use his precognitive abilities for a real estate deal, and hires recovered schizophrenic Jack Bohlen to build a machine that will allow him to communicate with Manfred.