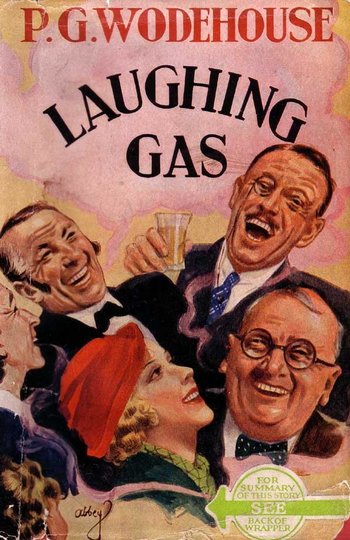 It doesn't star Jeeves and Wooster and it isn't set in Blandings Castle. Instead it is a one-off story starring Reginald "Reggie" Swithin, the third Earl of Havershot. Reggie, who has recently inherited the earldom at the age of 27, is informed by his attorney that he is now head of the family. As such, he's responsible for the whole family—so he has to go to Hollywood. It seems that his alcohol-soaked cousin Eggy is in Hollywood, and Reggie's Aunt Clara is deathly afraid that her son will marry some gold-digging American commoner.

Reluctantly but out of a feeling of obligation, Reggie departs. On the train headed west, he meets film actress April June, and is instantly besotted with her. At one of April's Hollywood parties he runs into Eggy. It seems Eggy is engaged to Ann Bannister, Reggie's former fiancee, who broke up with him two years ago. Reggie clearly has unresolved feelings for Ann, but he's now in love with April June, so he takes it in stride.

Meanwhile, Reggie gets a toothache and needs his tooth extracted. He goes to the dentist and there meets a bratty child actor named Joey Cooley, who also has a toothache and needs his tooth extracted. Reggie isn't very impressed by the pint-sized movie star, but it doesn't seem to matter much as they're both taken in to separate rooms to get their teeth pulled. However, when Reggie wakes up from the gas, he finds out that, somehow, his and Joey's souls have switched bodies. Not a page listing all the examples of Laughing Gas that show up in literature.