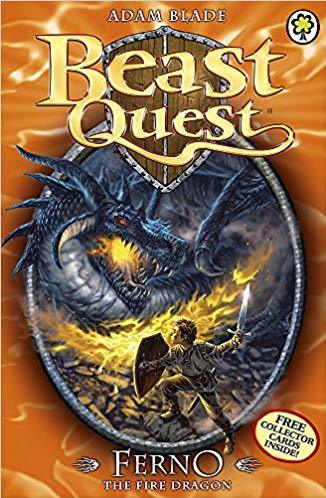 Written by Adam Blade (a representation of multiple authors), Beast Quest is the story of two 12 year olds, Tom and Elenna, as well as Storm and Silver (his horse and her wolf, respectively) fighting several Beasts, for whatever reason (usually to uncover artifacts the the Big Bad has hidden, or because said Beasts are Brainwashed and Crazy). The adventures usually take place in the fictional Avantia, but do go elsewhere at times.

The cast is quite small, and while the authors clearly do NOT read back over their books, the series can be fairly entertaining.

Spawned a spinoff, The Chronicles of Avantia.