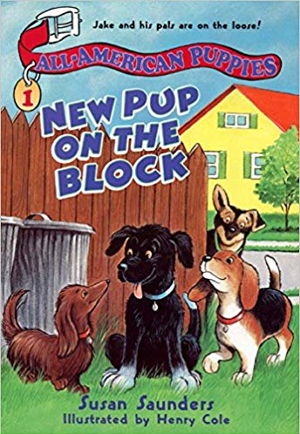 They're cute. They're cuddly. They're frisky. And they just can't stay out of trouble!
—The cover blurb.

The All-American Pups series is a set of short chapter books about a group of puppies who live in the same town and have adventures together. The series was written by Susan Saunders and illustrated by Henry Cole. The series followed the perspective of various protagonists and continued for six books.