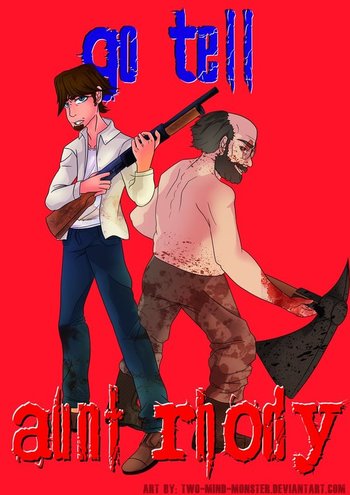 is a horror crossover fanfic between Resident Evil 7: Biohazard and the Total Drama series by The Samurai Prince.

Cody and Gwen had soon become good friends, although Cody wishes that it was something more. However, something happened to Gwen three years ago on a cruise. Cody, now 24, has received a cryptic message from Gwen, supposedly missing, maybe even dead. It says that she's on a farm in the bayous of Louisiana. Cody, determined to find Gwen, goes there. Upon reaching his destination, he discovers that something more ominous is afoot. Now he's trapped in the home of the Bakers, a killer, homicidal, cannibalistic family that houses something horrible inside. He needs to find Gwen and stop whatever it is that's affecting the Bakers home...before he's infected as well. Main characters are Cody and Gwen. Now rated M.