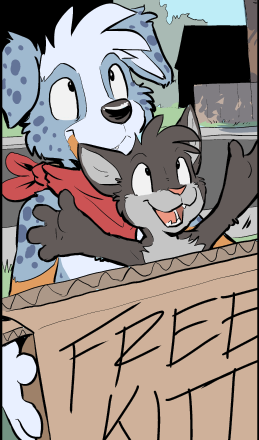 So much more behind just a cute kiss.

Sometimes this comic can make you feel as fuzzy as its characters.