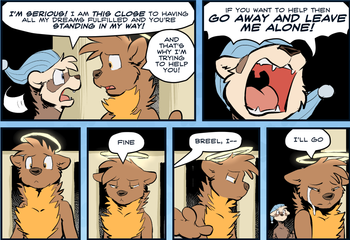 And that's when something breaks loose. Rhymes with hockey sticks.