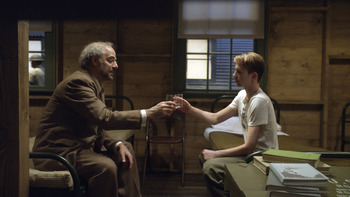 "Whatever happens tomorrow, you must promise me one thing. That you will stay who you are. Not a perfect soldier, but a good man." note  Steve kept that promise, and then some.

Warning: Spoilers Off applies to this page. There will be unmarked spoilers below.