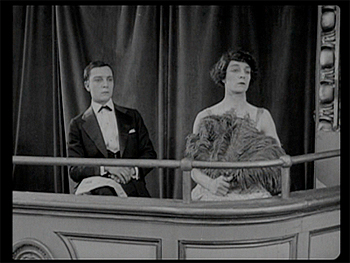 "This fellow Keaton seems to be the whole show"
Advertisement: