Film / The Loneliness of the Long Distance Runner 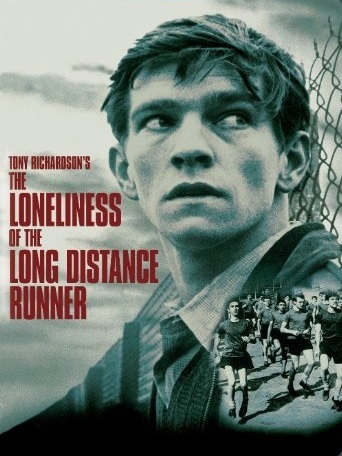 The Loneliness of the Long Distance Runner is a 1962 British New Wave/Kitchen Sink Drama film directed by Tony Richardson, adapted by Alan Sillitoe from his own short story of the same name.

It tells a story of Colin Smith (Tom Courtenay), a rebellious young working-class lad who finds himself sentenced to the Ruxton Towers borstal after stealing from a bakery. There he attracts the attention of the Governor (Michael Redgrave), who discovers that Colin is a capable cross-country runner and can win a prize for the borstal.

This movie is somewhat similar to Saturday Night and Sunday Morning. However, being made in 1962 this one is visibly artier, as the New Wave reached its peak everywhere. Also, the protagonist is edgier and more complicated than the one in the earlier film.