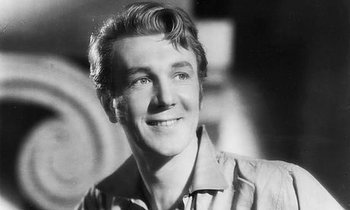 Sir Michael Scudamore Redgrave CBE (20 March 1908 – 21 March 1985) is regarded as one of the greatest English theatre and film actors of the 20th century. Born to stage and silent film actor Roy Redgrave and his wife, actress Margaret Scudamore, Redgrave was attracted to acting from an early age but was encouraged to pursue a more conventional career by his mother. He graduated from Cambridge and taught modern languages at the prestigious Cranleigh School in his early twenties before succumbing to the lure of the stage. After a string of acclaimed performances in prominent productions, Redgrave accepted Alfred Hitchcock's offer to play the male lead in the British thriller, The Lady Vanishes, and instantaneously shot to international fame. From then, his career never looked back.

Achieving equal success in stage and film, Redgrave was one of the most popular English stars of the 1940s and 1950s, on a par with fellow British actors Laurence Olivier and John Gielgud. Some of his best remembered works from this period are his performance as deranged ventriloquist Maxwell Frere in horror Anthology Film Dead of Night (1945), bitter schoolmaster Andrew Crocker-Harris in the famous adaptation of Rattigan's The Browning Version (1951), and inventor Barnes Wallis in popular war movie The Dam Busters (1955). On stage, Redgrave's interpretation of Hamlet (Stratford, 1958) and Uncle Vanya (Chichester, 1962 and Old Vic, 1963) continue to dominate critics'

of the most compelling theatrical performances of all time.

Redgrave was married to actress Rachel Kempson, later Lady Redgrave, and is the patriarch of the famous Redgrave dynasty, which includes daughters Vanessa and Lynn Redgrave, son Corin Redgrave, and grandchildren Natasha Richardson, Joely Richardson and Jemma Redgrave. Following his death, rumours of Redgrave's bisexuality were confirmed in his family's memoirs and by friends.

Tropes about his work