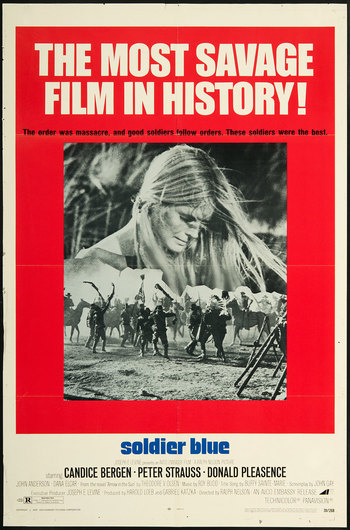 Soldier Blue is a 1970 Revisionist Western film directed by Ralph Nelson and starring Candice Bergen, Peter Strauss, and Donald Pleasence. Inspired by the events leading up to the Sand Creek massacre

of 1864, the film utilizes the narrative surrounding the massacre as an allegory for the contemporary Vietnam conflict.