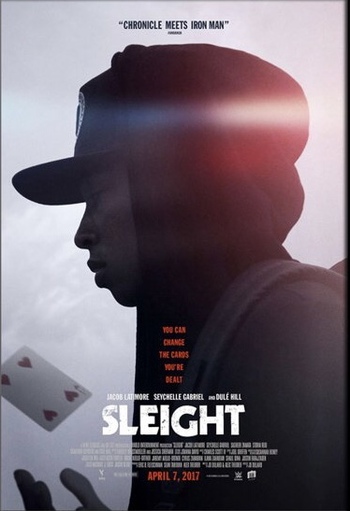 You can change the cards you’re dealt
Advertisement:

Set in Los Angeles, young street magician Bashir "Bo" Wolfe (Latimore) with a specialty for magnetics-related tricks resorts to drug dealing to care for him and his younger sister Tina (Reid) following the death of their parents. However, increasing exposure to the true sadistic colors of his charismatic supplier Angelo (Hill) further motivates him to leave his criminal lifestyle behind, especially once he meets and begins a relationship with another girl his age named Holly (Gabriel). But of course, these things are never that easy...