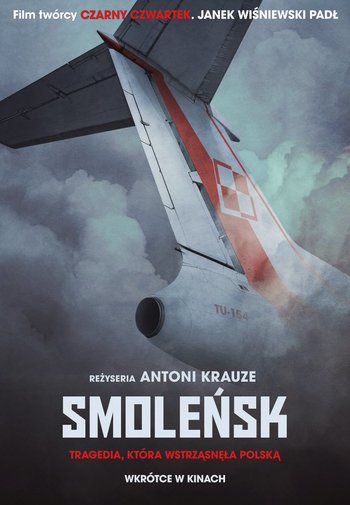 The tragedy that shook Poland.
"The truth will frighten us."
Advertisement:

A 2016 movie telling a (partially fictionalized) story of the 2010 plane crash in Smolensk, Russia, where the President of Poland Lech Kaczynski and around a hundred of top Polish officials died. Created by a Polish director and screenwriter Antoni Krauze.

Marketed to be a grand political journalist Conspiracy Thriller and a monument to all the theories that have arisen around the catastrophe. Turned out to be a massive flop, with ridiculous acting and bizarre montage (and not the propagandist message) being the most criticized elements of the production.

Due to its nature, the film is a really touchy subject in Poland.