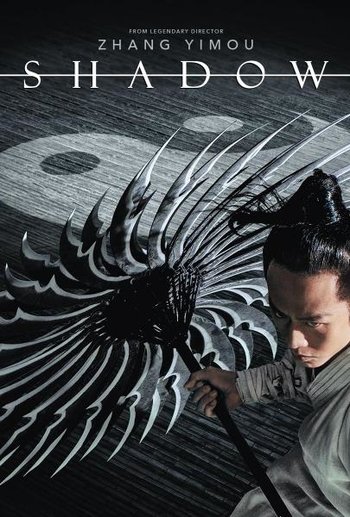 Shadow is a 2018 Chinese Wuxia film directed by Zhang Yimou. Years ago, the kingdom of Pei lost the important city of Jingzhou to the kingdom of Yang after the popular and brilliant Commander Ziyu lost a duel to the infamously unbeatable Yang Cang. Now, with the aid of his body double and "shadow", Jingzhou, Ziyu has put into motion a plan to get his revenge upon Yang Cang and reclaim the city of Jingzhou for Pei.