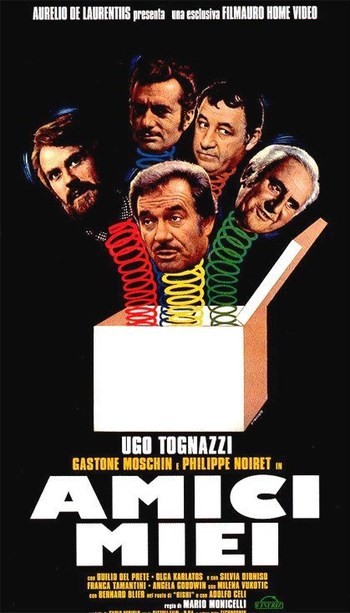 My Friends (Italian: Amici miei) is an Italian comedy series of three films. The first was released in 1975, the last in 1985.

It's the story of four (later five) middle-aged men in Florence who, as the title suggests, are very close friends. Most of them have a good job and a family but they don't take them seriously, and being generally bored with their lives, often spend time together to have fun, wandering about the city and pranking (or just annoying) random people.

The films are funny, but have a very bitter and cynical tone and (especially in the first film) a sad and nostalgic atmosphere.