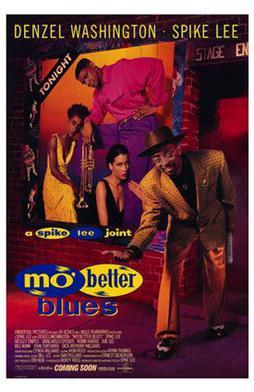 Bleek Gilliam (Washington) is a brilliant trumpeter and overall jazz musician, but spends too much time hopping between many lovers, specifically his girlfriend Indigo Downes (Joie Lee) and up-and-coming singer Clarke Bentancourt (Williams). He also has to contend with the hardships between himself and his band, the Bleek Quintet, and his wayward manager Giant (Spike Lee), whose nasty gambling habits eventually spells big trouble for him and his client.

This film was the second to last film to star comedian Robin Harrisnote with House Party 2 to ultimately serve as the final film where he appeared via archive footage, who played Butterbean Jones. The film is dedicated to his memory.