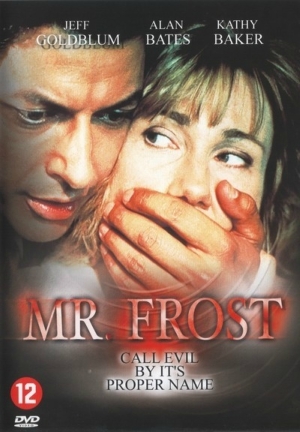 The price of action is colossal, and we are going to hell.

Felix Detweiler: I do believe in God. And I believe in The Devil. Frost is not mentally ill, Doctor. He has no place at your hospital. You have taken evil under your roof.

A mysterious yet charismatic man, known only as Mister Frost, remains silent for two years after being arrested for the multitude of bodies found beneath his English mansion, until the day he is transferred to yet another European mental hospital and meeting the psychiatrist Dr. Sarah Day — the first person he chooses to speak to, and the only person as well. As their sessions progress, Frost makes a claim to her that she had previously been warned about by Felix Detweiller, the since-disgraced police inspector who first discovered his crimes and has since stalked him across the continent — that he is actually the Devil himself.

Sarah does not believe in God nor Satan, and has a very strong will; she is determined to figure out what's really behind this psychopath's actions, even as Felix (who has taken his own interest in her and her welfare) tries to keep her safe, even as strange events begin to happen to other residents of the asylum and to her. She soon has to face the fact that Mister Frost really is more than what he seems — and that more than her sanity is in danger, because he has a very specific endgame in mind for this doctor-patient relationship.