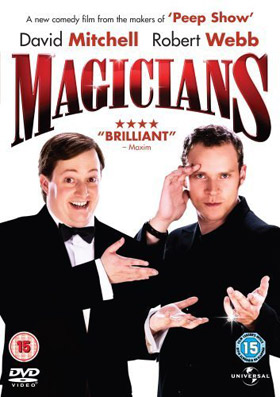 Harry (Mitchell) and Karl (Webb) used to be best friends and partners in a magic double act. Unfortunately, Harry caught Karl sleeping with his wife during the interval of one of their shows. Even more unfortunately, when the show resumed Harry decapitated his wife in a magic trick gone very badly wrong. Despite Harry's protestations of innocence and getting cleared, the act fell apart and years later, the two remain bitter rivals down on their luck, Harry reduced to working in a hardware store and Karl trying to reinvent himself as a Derren Brown-style mentalist. But there's a magic competition with a £20,000 prize for the winner announced, prompting Harry and Karl to enter against each other...