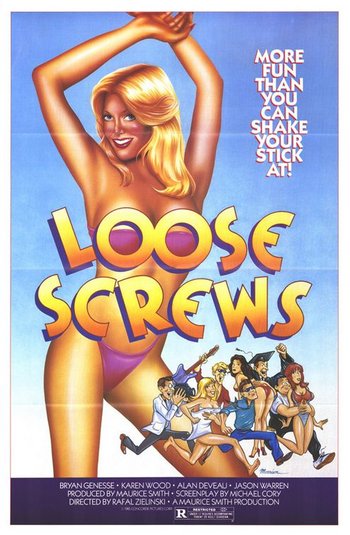 Loose Screws, also known as Screwballs 2, is a 1985 comedy film. In the story, four high school students — Brad Lovett, Steve Hardman, Hugh G. Rection, and Marvin Eatmore — are sent to Cockswell Academy to be under the supervision of Principal Arsenault. During the course of the movie, the four students try to score with the school's French language teacher Mona Lott, only to fail and be punished for their attempts.