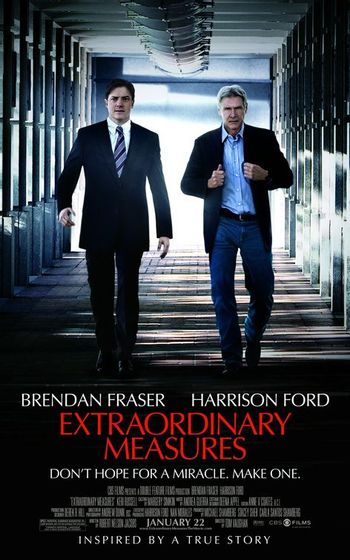 A 2010 movie Based on a True Story and the book "The Cure" about John Crowley whose dedication to saving his two children from a genetic disease named Pompe results in him becoming a driving force in the development of an enzyme therapy. Brendan Fraser plays John, Keri Russell plays his wife Aileen and Harrison Ford is Dr. Robert Stonehill, the man whose revolutionary medical theories are the key to everything.