Film / Eyes in the Dark 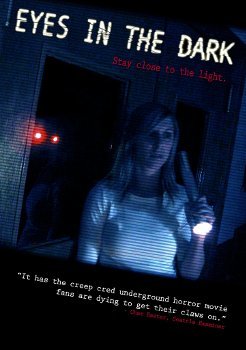 Eyes in the Dark is a 2010 found footage horror film. It is written and directed by Bjorn Anderson.

Seven college students decide to spend their last weekend together at a ski lodge in the Cascade Mountains. As they film themselves for their video blog, they record some strange occurrences. The students and the lodge's caretaker come across a mysterious cave with unusual markings and they soon become hunted by an unknown force with glowing red eyes.