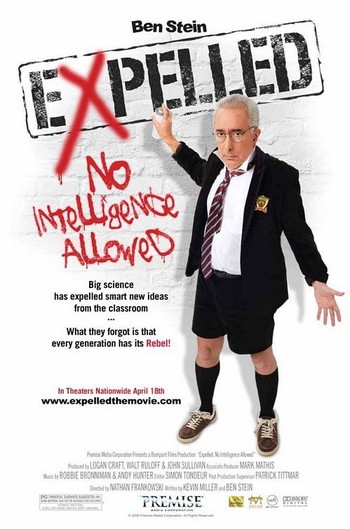 Expelled: No Intelligence Allowed is a documentary film conducted by Ben Stein In the Style of documentaries of the 2000s.
Advertisement:

The substance? It's on "Darwinist" evolutionists and how they try to suppress the views of anyone in favor of "Intelligent Design". Depending on whom you ask and how they're feeling on the day you ask, Intelligent Design is either a form of creationism or a form of evolution which nonetheless contains the tenet that certain things cannot have evolved without outside help. It also argues that "Darwinism" creates atheism and moral corruption.

Expelled: No Intelligence Allowed contains examples of the following tropes: