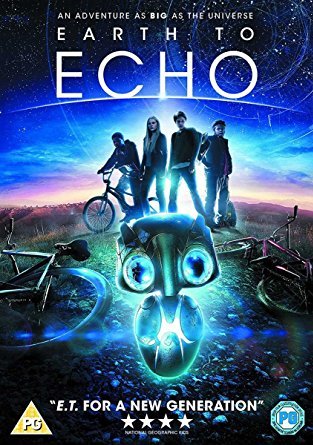 Earth to Echo is a 2014 Science Fiction film shot in a unique style that resembles Found Footage Films, centered around 4 kids who discover a tiny "spaceship" a few miles away from their neighborhood and helping the small alien trapped inside, whom they name Echo, return home.