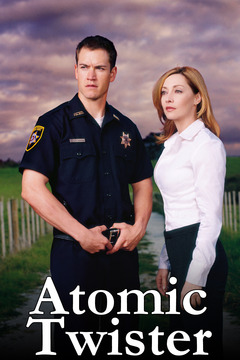 Atomic Twister is an original made for TV movie starring Sharon Lawrence and Mark-Paul Gosselaar that was first aired in 2002 on TBS. The plot revolves around a series of tornadoes that damage a nuclear reactor in a small town in western Tennessee, in turn causing a near-meltdown at the plant.