Fanfic / Until the End of Time 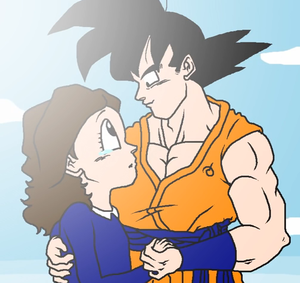 Goku/Anne Frank: Until the End of Time is an infamous shipping fanfic which crosses over Dragonball Z and Anne Frank's The Diary of a Young Girl (yes, the actual real-world diary of a young Holocaust victim). Son Goku travels to the past into Anne's room, they fall in love, Goku saves her from Nazis and has a grand battle with Adolf Hitler himself. Yeah, it's that kind of fic.

Part 1 can be read here

wrote it as a Stealth Parody Troll Fic after hearing of the existence of actual, serious Anne Frank fanfiction.

You came here expecting to find a madman, but instead, you found these TROPES!