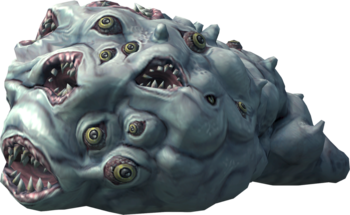 RuneScape has quite a few Eldritch Abominations.