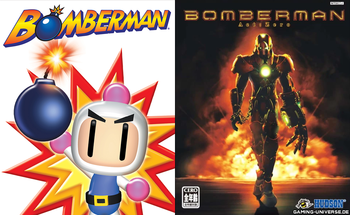 Games/series with their own pages: