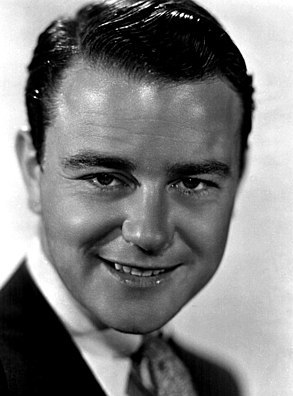 Lewis Frederick "Lew" Ayres III (December 28, 1908 – December 30, 1996) was an American actor who appeared in many films during The Pre-Code Era and The Golden Age of Hollywood. He is known for his memorable appearance in the movie adaptation All Quiet on the Western Front and was one of the most popular actors throughout the 1930s. He was also a musician; he was in a band as a teenager playing the banjo but his interest withered away to acting after he left school.

Strangely, Ayres' acting popularity would only be for a decade and dimmed greatly after World War II; this might have been related to the news that he'd apparently refused to join the Army but then he later signed as a medic, earning three battle stars, but he continued to act after the war in films and television.

Ayres was married three times, one of them to Ginger Rogers, and had a son named Justin.