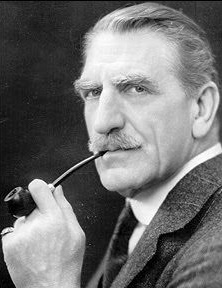 As a cricketer, he was a fast bowler and lower order batsman who played for Cambridge University and Sussex between 1882 and 1896. In 1889 while on a tour of South Africa, he captained an English XI against a South African side at Port Elizabeth which was retrospectively classified as a Test match — the first involving the host country note  At the time it was not unknown for cricket matches between representative sides to be classified as Test matches years later; in Smith's case, this was his only Test match and, as his side won, it gives him a 100% success rate as captain of his country.

He started acting on stage in 1895, notably playing both lead roles in a West End adaptation of The Prisoner of Zenda the following year. He moved onto films in 1915, initially in Britain but by 1930 he had moved to Hollywood.

By now in his late 60s, he was invariably typecast in "elderly stuffy British Officer or Gentleman Adventurer" roles. He was, for a while, the apotheosis of Stiff Upper Lip and would often wear a High-Class Glass.

Off-screen, Smith was a key figure in the British expat community in Hollywood during its Golden Age. In 1932, he founded the Hollywood Cricket Club

, a focal point for many Hollywood-based Brits — Boris Karloff, David Niven, Laurence Olivier and Nigel Bruce (among others) all turned out for the side, which played its home games at Griffith Park. HCC exists to this day and is credited with having played a leading role in the development of cricket in California.

As a result of his acting career, Smith is the only former England cricket captain to have a star on the Hollywood Walk of Fame.