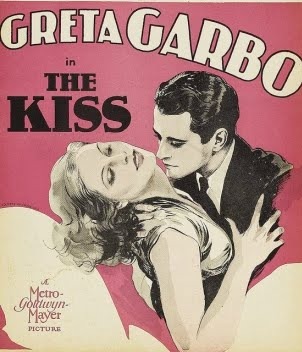 The Kiss (1929) is a late-silent era film directed by Jacques Feyder, starring Greta Garbo. Garbo is Irene Guarry, the unhappy young wife of rich and quite a bit older Charles Garry. She is carrying on an affair with lawyer Andre Dubail (Conrad Nagel), and offers to run away with him, but Andre declines, not wishing Irene to suffer the social stigma of a public affair. They break up, but in the meantime Irene is being pestered by Pierre Lasalle (Lew Ayres, who the next year would star in All Quiet on the Western Front), the college-boy son of one of Charles's friends. Bored, unhappy Irene indulges young Pierre's ardor a little bit, and in one weak moment lets him kiss her—with disastrous consequences.

The film as it currently exists runs for only 62 minutes; apparently some 27 minutes were cut after its original run, which is why the third act is so abrupt.