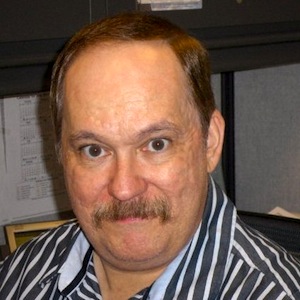 Barry Oursler (January 13, 1952 — February 21, 2022) was a former Pinball game designer for Williams Electronics. He worked in the industry for over twenty years, with nearly three dozen titles that collectively sold over 135,000 games during his tenure.

Oursler grew up in the Chicago area of Illinois, where he attended Holy Trinity High School. He entered the pinball industry in The '70s as a young design engineer with Williams, and his first game was Phoenix in 1978. He remained with Williams for the next eighteen years, where his memorable titles included Gorgar, Jungle Lord, Barracora, Joust, Space Shuttle, Comet, Pin*Bot, Fire!, Bad Cats, Harley Davidson, Doctor Who, Bram Stoker's Dracula, Dirty Harry, and Junk Yard.

During the course of his career, Oursler was granted several patents for innovations related to pinball games, such as the moving target bank in Pin Bot and the wrecking ball in Junk Yard. He also worked on various experimental games, such as Rat Race, a flipperless cocktail table game, and 4-In-1, a modernized bagatelle game with interchangeable overlays.

Barry was laid off from Williams in 1996 during the production of Junk Yard; he moved on to become a purchasing manager for Betson Imperial Parts and Service. After a subsequent period where he worked as an administrative assistant at Ecosure, he re-entered the pinball industry by joining the ill-fated company Deeproot. Following their closure (which happened before the company could ship any games), he was hired by American Pinball

in early February 2022. Unfortunately, less than a month after this was announced, he passed away due to complications with bone cancer

Games designed by Barry Oursler include: