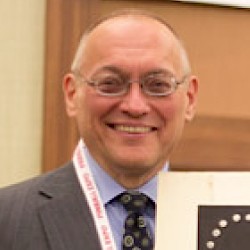 Jim Patla is a longtime designer of arcade pinball games, an industry senior who worked on over forty tables for Bally.

Patla got started in pinball in The '60s, where he was employed by Bally while still attending high school. Under the tutelage of Ted Zale, Patla quickly learned the art of pinball design, and his first game was 4 Queens. Over the next fourteen years at Bally, he proved to be a quick and prolific designer, creating memorable games such as Space Time, Monte Carlo, Flip Flop, Mata Hari, Playboy, Space Invaders, and Centaur. After Bally was purchased by Williams Electronics, Patla was promoted to Director of Product Development at Williams; he remained in that position until Williams left pinball in 1999, when he transferred to the company's gaming division.

In 2002, Jim Patla was inducted into the Pinball Expo Hall of Fame. He is retired now, and lives in Illinois with his wife and family.

Games designed by Jim Patla include: