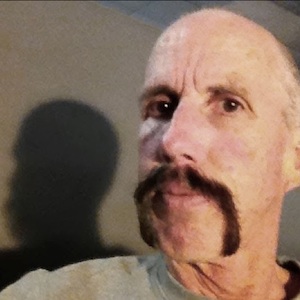 Jon Norris is a pinball player, collector, designer and artist.

Already a longtime pinball player at a young age, Jon's professional involvement started at the end of The '70s, when he worked as an assistant for a street operator while in college, refurbishing and selling pinball machines. Norris graduated in 1981 from Cal State Fullerton with a degree in Art, but eventually wanted to become a game designer. Attending the first Pinball Expo in 1984, Norris distributed flyers for his homemade game, Tour de France. Six months later, he was contacted by Premier (Gottlieb) and hired as a junior designer.

In 1993, Jon Norris appeared on a local television show, Chicago Slices, where he led a tour of on Gottlieb's pinball facilities; 40 minutes of footage can be seen here.

After Gottlieb closed its doors in 1996, Norris joined Sega Pinball as a designer. His one Sega game, Golden Cue, was never released due to the sale of Sega's pinball assets.

Unfortunately, things got worse for Jon when Sega Pinball was reformed as Stern Pinball. Although Norris developed High Roller Casino at Stern, he left the company in 2000 under very bitter circumstances.

Officially, the reason for Norris' departure was Stern's refusal to accomodate him with a smoke-free work environment for his asthma; unofficially, the consensus is that Norris was forced out due to personality clashes with company president Gary Stern and other members of Stern's engineering team. To add insult to injury, Norris' Golden Cue was later modified and released by Stern as Sharkey's Shootout.

, and he discusses pinball philosophy at norrispinball.com

. Jon remains a collector of wood-rail and electro-mechanical pinballs.