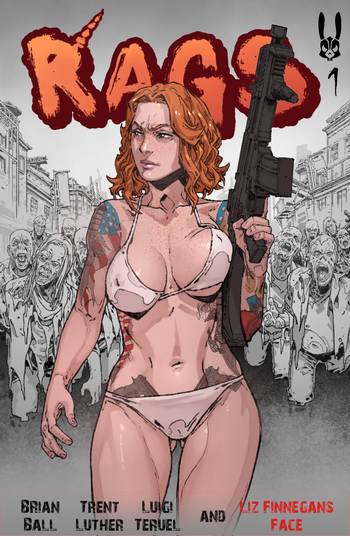 "This is a story about pants."
A terrorist attack at the border of California unleashes a devastating zombie plague across the state. One of the survivors is troubled former U.S.M.C. veteran Regina Ragowski. Trapped in the small town of Paso Robles, she seeks the keys to her survival: food, shelter, and most importantly PANTS!
Advertisement:

Along the way, Regina encounters threats from not only the undead, but from other people and her own personal troubles. She eventually finds an ally in a soldier known as ‘Operator’.

Rags is a 7-issue mini-series published by Antarctic Press.

The comic contains the following tropes: