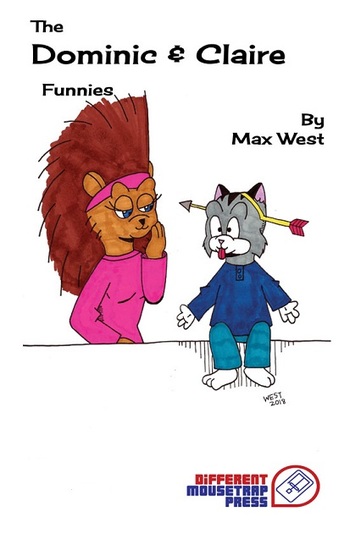 Dominic is a 7-year-old anthropomorphic kitten living in the town of New Gestad; the comics reveal he is the cousin of Rusty Duncan, protagonist of Sunnyville Stories, making the work a Spin-Off.

Claire, the deuteragonist, is a 14-year-old anthropomorphic porcupine living next door to Dominic. She plays the Straight Man role to Dominic, setting him up to say something funny and often laughing at his antics.

In contrast to the more artistic Sunnyville, Dominic & Claire's comics are a Gag Series, emphasizing jokes over story and character.