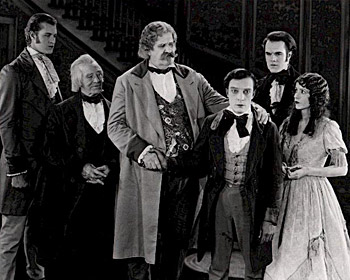 Our Hospitality is a 1923 silent comedy starring Buster Keaton, directed by Keaton and John Blystone.

Buster plays Willie McKay, a New Yorker who heads south to claim an inheritance, only to find that the father and brothers of the girl who invited him to dinner have sworn to kill him. It turns out that Buster's family and his girlfriend's family are on the opposite sides of a long-standing feud. Fortunately, he's perfectly safe as long as he's a guest under their roof...