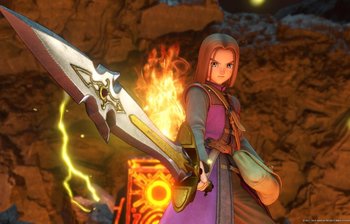 The Sword of Light is back, and better than ever.