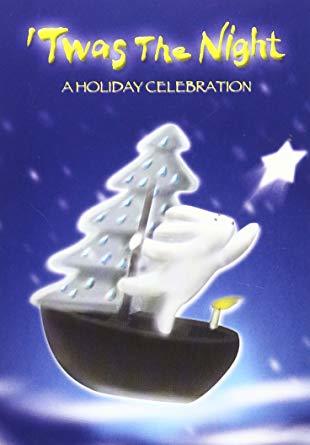 'Twas The Night: A Holiday Celebration is a 2004 animated holiday special by HBO.

Not to be confused with the 1970s Rankin/Bass Productions animated special 'Twas the Night Before Christmas or the Disney Channel Original Movie with Bryan Cranston, 'Twas the Night.

'Twas The Night provides examples of: